The University State Bank incorporated in 1906, before eventually becoming the University National Bank of Seattle in 1922. The bank occupied two locations prior to building this Neo-classical building on the northeast corner of NE 45th Street and University Way NE. The Beezer Brothers, Architects, who relocated to Seattle from Pittsburgh, PA, in 1907, designed a new and larger headquarters, built of steel and concrete, completed in 1912.

The gleaming white bank, sheathed in a skin of terra cotta tiles, replaced a fraternity house that had once stood on the property. The banking room occupied the first floor, while offices and a ballroom were arrayed on the second. Sororities and fraternities staged dances in this second-floor ballroom. 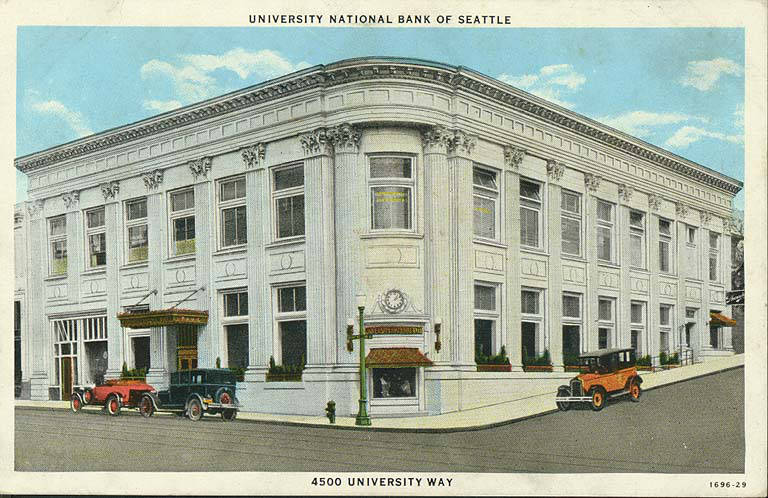 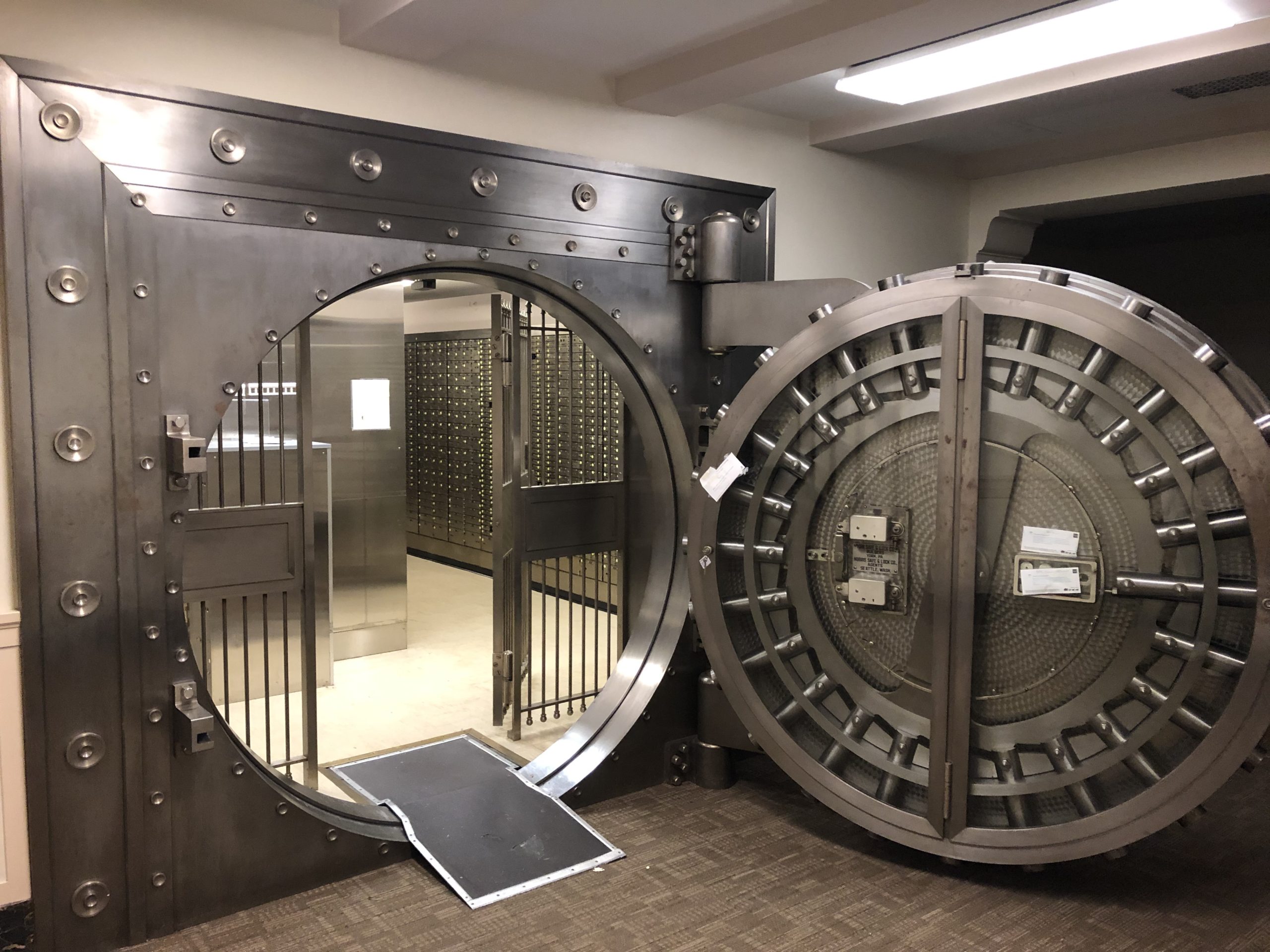 Wells Fargo operated the building as bank branch until its closure in 2018, ending 106 years of continuous bank operations.

With the consolidation of its banking operations in the University District, Wells Fargo decided to put the building on the market for the first time in its hundred plus year existence.

Recognizing the rare opportunity to purchase one of Seattle’s most handsome buildings, Hunters Capital closed on the property in the fall of 2020. Prior to its purchase by Hunters Capital, this building had never sold, an usual occurrence for any storied structure.

It also marks the first expansion of Hunters Capital beyond its home territory on Capitol Hill. 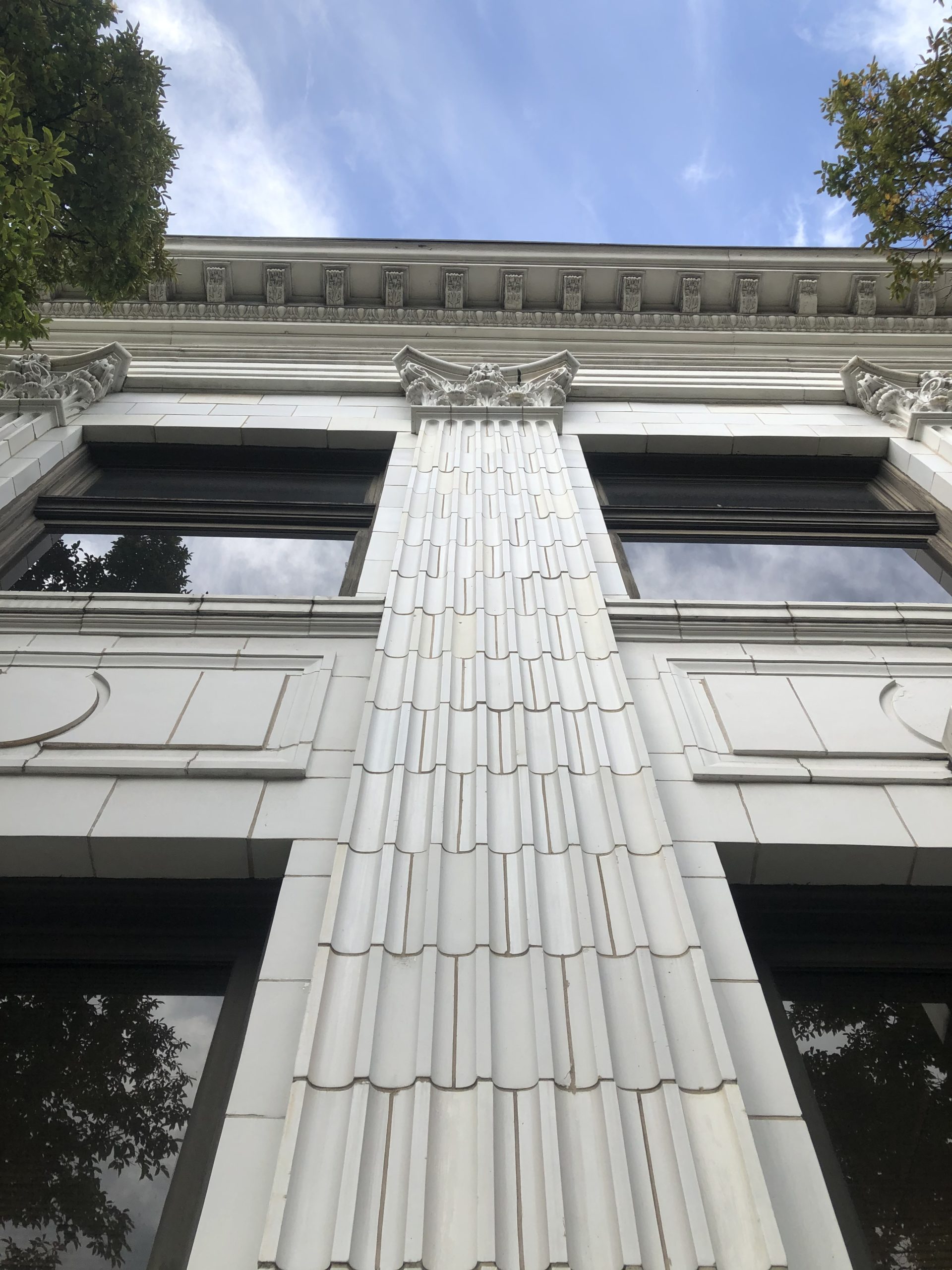 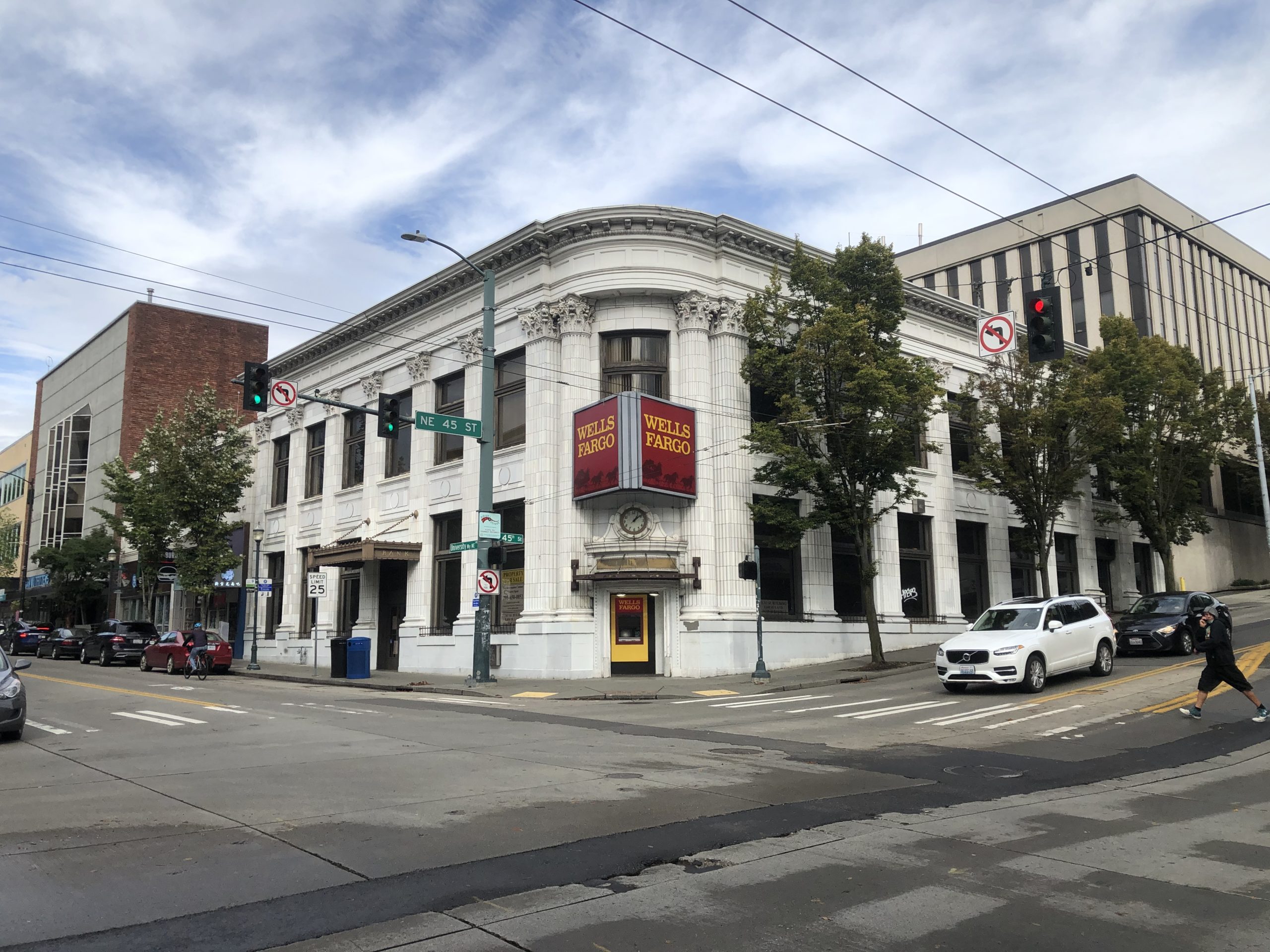 Hunters Capital plans to refresh the gorgeous façade and refurbish interiors over the next six months, in addition to modernizing fire and life safety systems. The building will also be nominated to join the National Register of Historic Places and cement its future as a historic structure worthy of preservation.