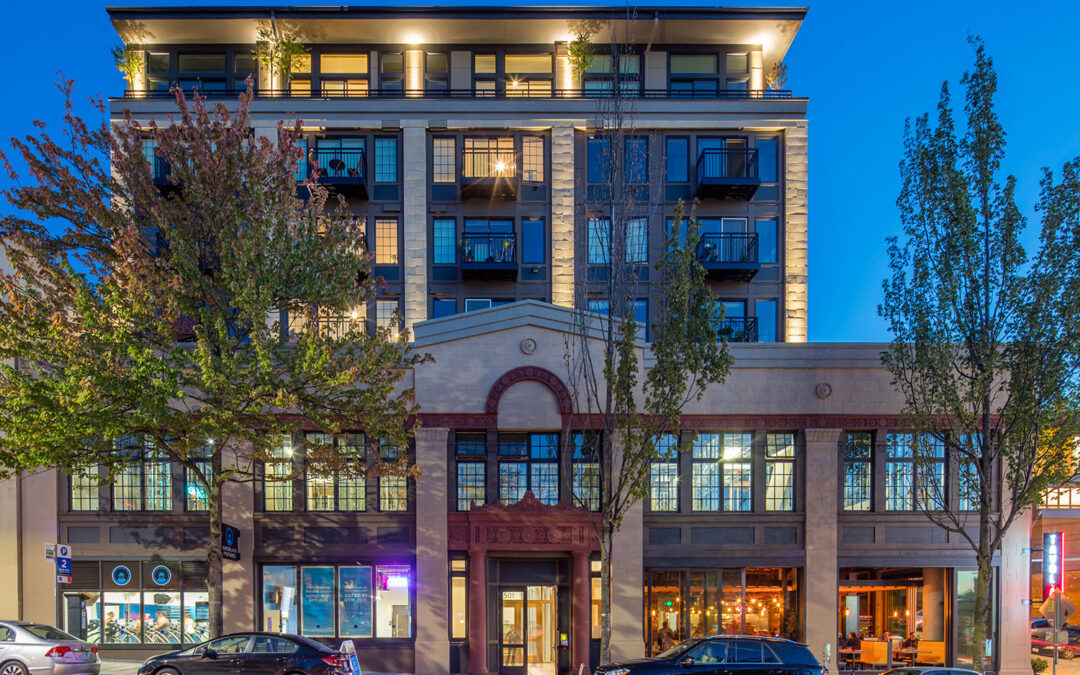 Over 350 regional leaders in high-performance building development and management gathered at the W Hotel in Seattle for Seattle 2030 District’s 2017 Vision Awards. The Vision Awards honor local leaders who are transforming Seattle’s urban environment into a city that is resilient, vibrant and sustainable through design and construction.

Vision Award for Energy – Dunn Motors Building, Hunters Capital
The Dunn Motors Building has reduced its energy use while preserving a 1920’s building that was part of Seattle’s Auto Row along the Pike/Pine corridor. District member Hunters Capital wanted to preserve much of the look and feel of this iconic structure and by doing so, create a connection to the past. The building opened in 2016 and is achieving a 55% reduction in energy from national baseline. One of the first buildings to go through the new 2015 energy code, they voluntarily installed a 5.4kWh solar system on the roof. The system will produce 5,500 kWh annually and save $3,493.00/year in energy costs. The building was also included in the Seattle City Light Build Smart program.

We are honored for our founder to be nominated for

The Hunters Capital team was privileged to partici

On this day 12 years ago, Hunters Capital broke gr

We are honored to receive the Community Investment

This team went above and beyond in our quarterly H

Today is the grand opening of Ltd. Edition Sushi o

Team pic from our annual Halloween party! 🎃 #to

Check out our website to read more about our new p

What an evening! Grateful to all our residents for

Join Hunters Capital and community for clean up of

Have you tried the new Ben & Esther’s in Capitol

Our apartments are smartly designed to maximize yo

Join Hunters Capital and community for a clean up

The all new Ben & Esther’s of Capitol Hill has m

On this day 12 years ago, Hunters Capital broke gr

This could be your next home! Picture your private

Rooftops, movies, and popcorn are some of our summ